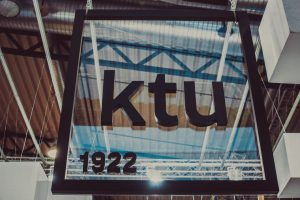 13 June 2018 Kaunas University of Technology (KTU) Council has confirmed all the 11 applicants for the KTU Rector’s position as the candidates who will further participate in the election. Among the candidates taking part in the open international competition is one overseas citizen and one Lithuanian residing in the United States.

The Rector is being elected in public international competition and appointed by the KTU Council, which is operating according to the Law on Higher Education and Research of Lithuania, KTU Statute and other legislations. The election process is being organised by the working party assembled from the Council members. The term of office for the Rector is 5 years.

The KTU Council has approved the candidates after reviewing the Senate’s conclusion on the applicants’ scientific activity’s compatibility with the University’s scientific and pedagogical requirements.

“As expected, the election for the Rector’s position in the nationally and regionally leading university has attracted attention of many strong candidates both from KTU, and from other Lithuanian and foreign higher education institutions. The candidates will share their visions for KTU future with all the University community in the open meeting of the Council in the near future”, says Kęstutis Šliužas, General Manager of Telia Lietuva, the Chairman of the Election Board, member of the KTU Council.

The candidates for the KTU Rector’s position (in alphabetical order):

The open international competition for the position of KTU Rector complies with the Law on Higher Education and Research of Lithuania, KTU Statute and other legislations and was announced by the KTU Council on 11 December 2017. The deadline for the submission of documents for participating in the Competition was 28 May 2018, 12pm.

IN4ACT project sets out to map and evaluate the multi-faceted impact of COVID-19 on Industry 4.0

2019-10-31
We are using cookies to provide statistics that help us give you the best experience of our site. You can find out more or switch them off if you prefer. However, by continuing to use the site without changing settings, you are agreeing to our use of cookies.
I agree